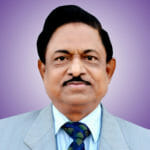 President of Satyaniketan. Born on September 1, 1940, Adv. M.N. Deshmukh spent his childhood in Mumbai, completed his primary, secondary and higher education in Mumbai. It was his father’s wish that his son should become a lawyer. After completing graduation in Arts Faculty he successfully completed L.L.B. (Bachelor of Legislative Law) course, started practice in Bombay High Court. Today he is renowned advocate and notary in Bombay High Court. He can speak Marathi, Hindi, English, Gujrathi and Bangla languages. His concern for building social awareness has resulted in him working in different capacities. Adv. M.N. Deshmukh is also the President of Consumer Forum (‘Grahak Manch’), Mulund, Mumbai and Shri Ambika Yog Kutir Charitable Trust, Mumbai. He is the founder of Mulund Gymkhana and a senior member of Rotary Club, Mulund. Adv. M.N. Deshmukh is the legal advisor of various educational institutes in Mumbai, also the legal advisor of Community Aid and Sponsorship Programme (CASP), Mumbai. He is a trustee of Care Foundation Trust and Nirmaladevi Charitable Trust, Mumbai. His outstanding contribution in a social and educational field led him to win many prestigious awards. He was honored with ‘Adiwasi Sevak Puraskar’ (Tribal Servant Award) by the government of Maharashtra. Recently Savitribai Phule Pune University felicitated him by giving prestigious ‘Jeevan Sadhana Gaurav Puraskar’. American Biographical Institute Board of International Research awarded him ‘Man of the Year 2000’. In December 2007, Colombo University honored him with ‘CVCD Excellence Award’ for his valuable contribution to the social and educational field. In 2001 he was awarded by Dr. Jabbar Patel by giving him ‘Dr. Babasaheb Ambedkar Award’ of ‘Bhavatu Sabba Mangalam’ organization, Mumbai.‘AdivasiSamaj Kruti Samiti’, Maharashtra awarded him ‘Adivasi Bhushan Puraskar’ in 2005.

Treasurer of Satyaniketan. V.I. Madan is a social worker and the son of Satyaniketan’s founder Treasurer Late Savitribai Madan. Today he is working as Trustee of Satyaniketan’s Management. Born on September 1, 1947, V.I. Madan completed his Primary, Secondary and Higher education in Pune. He is graduated in Arts and Commerce faculties, completed B.A. in Fergusson College, Pune and B.Com. in B.M.C.C. College, Pune. Besides Marathi, Hindi, and English he has a better knowledge of Punjabi and Gujrathi. His mother Savitribai Madan dedicated her whole life for the welfare of poor and down-trodden people. In the same way, he is actively working for the all-round development of tribal people. Today he is engaged in various voluntary organizations, but he has a special emotional attachment to Satyaniketan. He possesses a better communicative skill. He has been providing help for High Schools, Ashram School and Hostels of Satyaniketan. He is of the opinion that Sportand Yogaare the fundamentals to the early development of children. He provided sport equipments to students in a large amount. His work at Shenit Ashram School is really outstanding. Construction of toilets and bathrooms, establishment of well-furnished computer lab, solar heater, solar lamps, playground etc. are some striking works done by him. He loves little children and his motto is ‘to make children happy and satisfied’.His vision is to empower students to acquire, demonstrate, articulate and value knowledge and skills that will support them as life-long learners. 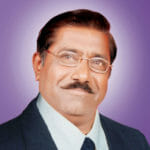 Secretary of Satyaniketan. T.N. Kanawade is retired Principal and now carrying the responsibility of Satyaniketan quite effectively. Born on June 1, 1953, in a farmer’s family of Savarchol village, he completed his primary and secondary education in Savarchol and Chikhali, in Sangamner Taluka of Ahmednagar district. For higher education, he went to Sangamner and completed an M.A. in Political Science. He was a very hard worker and ambitious. T.N. Kanawade began his career as Lecturer at Shri. Dnyaneshwar Mahavidyalaya, Newasa, Dist- Ahmednagar. He remained Lecturer for 15 years. Pune University elected him as a Program Co-ordinator. On September 1, 1993, he was appointed as the Principal of Adv. M.N.Deshmukh Arts, Commerce and Science College, Rajur. With the great support of Adv.M.N. Deshmukh and with his own management skill, he made the college a role model for the higher education of the tribal community. In a very short period of time, the college was honored with ‘Best College Award (Rural)’ by Savitribai Phule Pune University. He published many articles on different topics, proved his academic excellence. He completed M.Phil. and participated in various academic seminars, workshops, All India Conferences, Soft Skills and Career Oriented Courses. He showed his better administrative performance while working as a member in different Councils of Savitribai Phule Pune University, such as Academic Council, Management Council, and Senate also remained the Chairman of BOS in Political Science. His work in Adult Education, Women Education, and Disaster Management proved his social awareness. His outstanding contribution to the educational and social field led him to achieve many prestigious awards. Maharashtra Government, Ahmednagar Zilla Parishad, and Akole Panchayat Samiti honored him with prestigious ‘Adarsh Shikshak Puraskar’ (Ideal Teacher Award). ‘Front for National Progress’, New Delhi awarded him ‘Great Achiever of India Award’. In 2005-06, University of Pune honored him with ‘Ideal Principal Award’. Maharashtra Government awarded him with ‘Maharashtra State Vanashri Award-2007’. 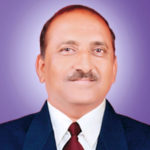 Joint Secretary of Satyaniketan. M.M. Umrani is a social worker and a businessman. He is one of the faithful co-workers of President Adv. M.N. Deshmukh, working as the Assistant Secretary of Satyaniketan. Born on June 6, 1956 at Shrirampur, M.M. Umrani completed his Primary and Secondary education in Rajur. He is the former student of Sarvoday Vidya Mandir, Rajur. Later he went to Sangamner for Higher education where he completed B.Com. with First Class. As a student he was very brilliant and curious. He was very much interested in mathematics and account. His father Madhavrao Umrani was a doctor and had a very friendly relationship with R.V. Patankar and Bapusaheb Shende. That was the time when Socialists and Communists were opposing Satyaniketan’s ideology. Dr. Madhavrao Umrani handled the matter quite skillfully and played an important role as the co-coordinator for the survival of Satyaniketan. As a doctor he served the tribal people much. M.M. Umrani has a better management Skill, handling all departments of Satyaniketan quite skillfully and systematically. He is also the Secretary of the Local Committee of ‘Nanasaheb Vithoba Deshmukh Vruddhashram’ (Old Age Home), Kelungan, Tal- Akole. His scientific and technical approach in the process of all-round development of students is really outstanding. 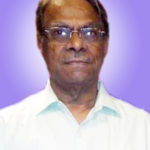 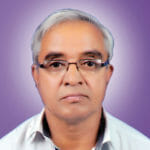 Member of Satyaniketan. M.B. Wakchaure is retired teacher and Co-opted Member of Satyaniketan’s Management. Born in a poor farmer’s family at Pimpalgaon Nipani, he completed his Primary education in Pimpalgaon Nipani and Secondary education in Ganore. Later he went to Sangamner and completed a Diploma of Education (D.Ed.). He belonged to a farmer’s family, obviously interested in various farming activities. In the year 1979, he joined in Sarvodaya Vidya Mandir, Rajur as an Assistant Teacher. His effective teaching style, co-operative approach, and better management skill made him a devoted volunteer of Satyaniketan. He helped R.V. Patankar in the successful arrangement of various Rural Awareness Programmes and Health Camps. M.B. Wakchaure had given an extra responsibility of Hostel, appointed as the Superintendent. He took no salary for that work. He performed a major role in protecting Satyaniketan’s agricultural land. He bestowed his valuable contribution in collecting funds for different construction works of Satyaniketan. To complete the financial requirement of the employees, he started ‘Satyaniketan’s Employees Credit Society’and became the founder Chairman in 1998. He also started ‘Co-operative Grocery Store’ as well as ‘School Stationary Store’ on the campus of Satyaniketan. Even after his retirement, he is engaged in agricultural work, also giving his valuable time for Satyaniketan. 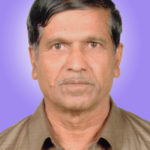 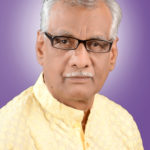 Trustee of Satyaniketan.Since last 20 years, P.S. Shaha is working as Treasurer of Satyaniketan. Born in Rajur on March 5, 1950, P.S. Shaha completed his Primary and Secondary education in Rajur. He is the former student of Satyaniketan’s Sarvodaya Vidya Mandir, Rajur. As a student, he was very confident and had an interest in Science and Mathematics. In the year 1972, he completed B.Sc. with First Class. He has a better knowledge of Marathi, Hindi, English as well as Gujrathi languages. He is a successful farmer and businessman, giving his valuable time to Satyaniketan. His brother Late Sundersheth Shaha was the faithful colleague of R.V. Patankar. In the development process of Satyaniketan Shaha family gave its valuable contribution. P.S. Shaha is now carrying a very important responsibility of Satyaniketan. His knowledge, decision-making power, views on financial discipline and progressive approach made him the Treasurer of Satyaniketan. In the year 1960, Satyaniketan had arranged a memorable ‘Eye Check-up and Operation Camp of Dr. Murugappa Channaveerappa Modi, a famous Indian ophthalmologist. For the successful and systematic arrangement of that Camp, Satyaniketan made a group of student volunteers. P.S. Shaha was studying in the school and selected as the leader of all volunteers. He was very much fascinated by seeing the great work of R.V. Patankar, Bapusaheb Shende, and Savitribai Madan. He was praised and felicitated by Dr. Modi. P.S. Shaha is also working as the Trustee of ‘Jain Shwetambar Murti Pujak Sangh’, Rajur and Bhandardara. He is the President of the Local Committee of ‘Nanasaheb Vithoba Deshmukh Vruddhashram’ (Old Age Home), Kelungan, Tal- Akole. In the year 2016, Government of Maharashtra honored him with prestigious ‘Vansheti Award’ for his contribution in the field of Agriculture.