“It is very simple to be happy, but it is very difficult to be simple .” 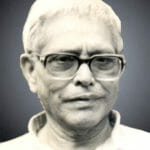 Ramchandra Vishnu Patankar, an educationist, and a social worker were the founder Secretary of Satyaniketan. Since its inception, two years had been passed but there was no Sarvodaya Centre in Ahmednagar district of Maharashtra because Ahmednagar district was known as the stronghold of Communists who were against Sarvodaya ideology. Sanagmner-Akole was known as the capital of Communists in Ahmednagar district and absolutely influenced by Communist ideology. A historical meeting of Sarvodaya leaders arranged at Akole in 1950. Shankarrao Dev and many national and state-level leaders were presented to that meeting. Unfortunately, no local volunteer came forward to promote the Sarvodaya Scheme in Akole Taluka. Finally, Shankarrao Dev declared the name of Bapusaheb Shende to promote Sarvodaya Scheme in Akole Taluka. Many people were of the opinion that the Centre should start in Akole, but Bapusaheb decided to start the Centre in Rajur village, 20 km. away from Akole. Meanwhile, Bapusaheb came in contact with R.V. Patankar who was the editor of ‘Lokshakti’. At the insistence of Shankarrao Dev and Bapusaheb Shende, R.V. Patankar left the job of ‘Lokshakti’ and took the responsibility of Rajur’s Sarvodaya Centre. Fascinated by the thoughts and principles of Mahatma Gandhi, R.V. Patankar dedicated his whole life for the welfare of poor and down-trodden people of the Akole’s tribal region.

R.V. Patankar was born on 17 March 1920 in one of the villages of Ratnagiri district, Maharashtra. His early years were full of tragic episodes, as his parents died when Patankar was a child. As a student, he was very brilliant and ambitious. He could not afford the expenditure of his education, so he started to work at his school’s Stationary Store. Having better analytical and critical thinking skills, he wanted to become a scientist. Patankar started to learn the German language and was getting the scholarship of 25 rupees per month for this purpose.

While studying the college in Pune, Patankar came in contact with Communists, started studying Communist literature. He was very much fascinated by Communism and was known as an extreme Communist. Knowing that Communists opposed Mahatma Gandhi in ‘Quit India’ movement, Patankar started to keep himself away from them. By born, he was Gandhian and a great supporter of truth and non-violence. Meanwhile, he read Gandhiji’s famous book ‘My Experiments with Truth’. He struggled and read a lot at that time. After completing M.A. in Economics he also wanted complete R.H.(C.A. equivalent), but due to the financial condition, it remained a dream for him. At that time Patankar tried for many jobs, but he was not getting a job suitable for his social thinking. Finally, he accepted the job in leading Marathi daily ‘Janshakti’. He was of the opinion that this is the only way where he could serve the people. Later he became Executive Editor of ‘Janshakti’. As the reporter of ‘Janshakti’, he attended the Asian Relations Conference held in Delhi in March 1947. His typical writing technique of analyzing and commenting on that Conference made him popular at that time. Many times he came in contact with Mahatma Gandhi. His experience of five years in journalism taught him a lot, helped to develop his personality. Later in 1950, he left the job of ‘Janshakti’ and after that, his journey to Satyaniketan started.

Patankar was the founder secretary of Satyaniketan. With the great support of President Bapusaheb Shende and Shankarrao Dev Patankar accepted the challenge to work in Rajur. He had taken an oath to serve the poor and down-trodden people of Akole Taluka. Spread in 106 villages, the tribal literacy rate was only 3% at that time. There were neither educational nor health facilities, even there was no electricity in most of the villages. The tribal villages were spread in the hilly and remote area where there were no means of communication. As a result, the tribal boys and girls would remain away from formal education. From morning till evening they would remain engaged in grazing their cattle and wandering aimlessly. Poverty and illiteracy were to major problems of the people.

Patankar wandered by foot far and wide, observed the problems in the region keenly and carefully. First of all, Patankar arranged various Public Awareness Camps in tribal areas and appealed the people to participate in the process of progress. He was of the opinion that there should be no change in the lifestyle of the people unless they are united together. Employment was the striking problem of the people. Patankar focused both seasonal and non-seasonal employment of the people. ‘Bamboo Project’ and ‘Hirda Project’ were successfully implemented by Satyaniketan. He tried to make people self-sufficient and self-reliant. He gave priority for creating and constructing roads and small bridges. Wells was built in 37 villages around Rajur. Watershed Development Programmes were successfully designed and implemented to increase the moisture content in the soil, helped increase productivity. The construction of CCTs and Bunds were completed by the villagers themselves through the process ‘Shramdan’. Tree-plantation was also one of the dream projects of Patankar, as he planted numbers of different trees.

Gradually Satyaniketan was becoming the Light of Hope for the people. For the educational development of the people, Patankar started ‘Sarvodaya Vidya Mandir Secondary School’ in 1958. Later he started Ashram School at Shenit, Secondary schools at Katalapur and Khirvire and five Boys and Girls Hostels. To provide higher education to tribal and rural students, he started Arts, Commerce and Science College in Rajur with the great support of Adv.M.N. Deshmukh. To study the teaching-learning processes, new educational trends and to make himself effective administrator he completed B.Ed. course. ‘Discipline with punctuality’ was his motto. To offer a wide range of integrated multi-disciplinary healthcare services to communities residing in remote rural and tribal areas, Patankar arranged various Health Check-up and Treatment Camps in different villages.